Urine Testing… Is it Reliable Evidence in a DUI Case?
Drugs, Prescription Medication & Driving Under the Influence

Take or Refuse the Tests… A Difficult Decision

Most people typically assume that alcohol is always associated with a DUI charge. However, Florida law also allows law enforcement officers to arrest drivers believed to be operating a vehicle under the influence of illegal drugs or prescription medication. Likewise, the Pinellas County prosecutor is permitted under the Florida DUI statute to charge and pursue cases where the sole basis of impairment is alleged to have been the use of medication or drugs. 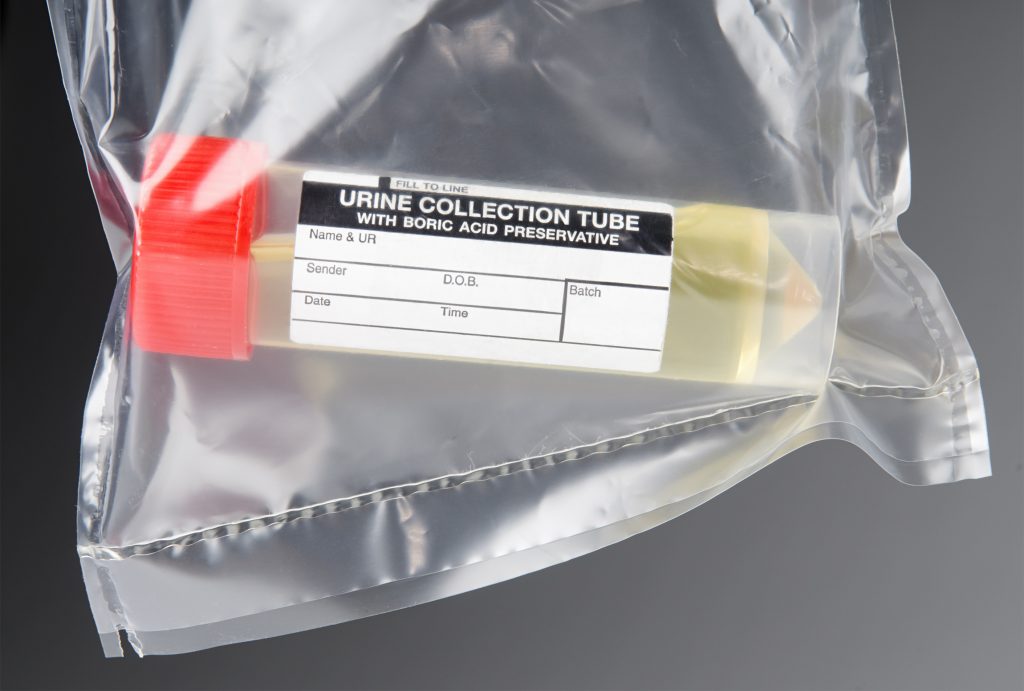 What if I Had a Valid Prescription
The State’s Burden of Proof
Did the Police Ask for Both Breath & Urine Tests
The Limitations of Urine Testing
How Long are Drugs Detectable in Urine?
Urinalysis vs. Blood Draw
Good Candidates for Reduction to Reckless Driving

What If I Had a Valid Prescription?

Even a person possessing a valid prescription for a medication can be charged if the Prosecutor believes that the prescription affected their ability to drive a vehicle safely. In other words, the driver may have had the lawful right to possess and use the drug, but did not have the right to operate a motor vehicle if the drug affected his ability to safely operate a motor vehicle. However, our office can sometimes use a client’s prescription history to demonstrate:

The State’s Burden of Proof in DUI-Drug Cases

The Prosecutor must meet a high burden when pursuing DUI charges that involve an allegation of impairment caused by illegal drugs or medication. Not only must the State prove that a driver took the illegal drug or medication, but also that the substance then caused impairment while the person was driving. Therefore, to a large part, the prosecutor will be forced to rely on the evidence gathered by law enforcement on the date of the arrest. Typically, law enforcement will have made certain observations about a person’s speech, ability to talk and walk, and the manner in which they drove their car. Most often, however, the only scientific evidence available will be the results from a urine sample obtained from the accused following a DUI arrest. (Although, a small number of officers have been certified to give expert testimony as a “Drug Recognition Expert.”)(D.R.E.)

Did the Police Ask for Both Breath & Urine Tests in Your DUI Case?

If an arrested driver submits to Intoxilyzer breath testing that returns results under the legal limit of .08, it is often common practice for law enforcement to then request a urine sample. This form of double testing is permitted under Florida’s Implied consent law; which authorizes law enforcement to request both a breath sample to determine the presence of alcohol and a urine sample to determine the presence of drugs. A refusal on the part of a motorist to provide breath, urine or both types of samples can result in the administrative suspension of their driving privileges for a period of one year or more.

The Limitations of Urine Testing in DUI-Drug Cases

While a urine sample may reveal the presence of a prescription medication or illegal drug, the mere presence of either is not enough by itself to suggest impairment at the time of driving.

“A urine drug screen takes place in a laboratory setting and involves multiple chemists and technicians. The process entails a battery of tests over the course of several days utilizing different instruments that represent a comprehensive examination for controlled substances. These tests include the “immunoassay presumptive test,” the “thin layer chromatography test,” the “gas chromatography test” and “mass spectrometry.” Some of these tests are “quantitative” which reveal concentration levels. However, in a urine test, the results are always reported in a “qualitative” fashion. (Meaning that the results are reported in such a way that they are limited only to confirm the presence or absence of a drug.) The reason for this is quite legitimate since concentrations detected in urine do not correlate with concentrations found in the blood. Thus, urine concentration levels have no meaning in and of themselves since they represent a number related to what is found merely in the urine and not in the blood stream. (And of course, it is only what is found in the blood stream that directly relates to the issue of impairment at the time of driving.)”It is interesting to note that the only time a toxicologist might be able to provide expert testimony as to whether a driver might have felt the effects of the drug at the time of his driving, is if there were precise reliable information available to him concerning the dosage and the time the driver either ingested or smoked the drug. Thus, urine testing, by its very nature is imprecise and difficult to interpret. Usually, the State’s toxicologist can only testify that while the presence of a controlled substance was detected in the urine sample, it is impossible to determine based on this method of testing whether a driver was actually feeling the effects of that substance at the time he was operating the vehicle. Usually, the State’s expert witness will also have to admit that such uncertainty is due to the length of time that it takes for most prescription and illegal drugs to be processed or “eliminated” from the human body.

How Long Can Drugs Remain Detectable in the Urine?

Most drugs can remain in the human body for some time. For instance, THC, tetrahydrocannabinol, is a by-product of marijuana metabolism in the body. With just one smoke, it can be detected in urine for up to 3-5 days. With moderate use, 3 times per week it can be detected for 8-12 days and with heavy use (daily) the urine can test positive for 21-30+ days.

Urinalysis is a far inferior method of testing when compared to a drug screen conducted on a blood draw. Blood analysis can provide much more accurate evidence of what substances (and in what concentration) were actually in the driver’s blood stream at the time law enforcement was conducting their DUI investigation. It should be noted, however, that Florida law only authorizes a blood draw under circumstances where the driver has been transported to a medical facility and the taking of a breath or urine sample therefore becomes impractical; or where an accident results in death or serious bodily injury.

Urinalysis Cases May be Good Candidates for Reduction to Reckless Driving

Because urinalysis results are of questionable value in demonstrating that a person was under the influence of a particular illegal drug or medication at the time of driving, these cases may be candidates for a reduction to reckless driving. (Depending on the video-tape and other factors) An experienced attorney can sometimes intervene on a client’s behalf and point out these weaknesses in the prosecutor’s case. Such prompt intervention may convince the prosecutor assigned to the case that he may be unlikely to prevail at trial and that it would be in the best interest’s of both parties to then reduce the DUI charge.

A plea to a charge of reckless driving can help avoid the negative stigma and harsh mandatory penalties associated with a DUI conviction. Likewise, the high insurance costs and barriers to driver’s license reinstatement caused by a DUI conviction may be minimized or avoided altogether.

Congress Seeks Zero Tolerance for Drug Impaired DriversRecently, the United States Congress and the National Highway Transportation Safety Administration have begun to focus on the prosecution of the drug-impaired driver. Citing the estimated scope and danger of the “drugged driver” phenomenon, some in Congress have even gone so far as to call for “zero tolerance” legislation that would automatically presume a motorist is impaired if any controlled substance was detected in their system. While only eight states currently have this type of legislation, this could soon be the law in Florida if politicians in Washington, D.C. have their way.

Federal Legislation has already been introduced calling for states to adopt “zero tolerance” laws in exchange for increased federal monies. Another proposed bill would require that states adopt such laws in order to otherwise prevent the loss of scarce highway and transportation construction funds. This type of legislation mirrors past tactics used by Congress to “persuade” states to drop the legal limit for impairment from .10 to .08 and to require ignition interlock devices for serious DUI offenders. Despite opposition from local and state organizations, it appears likely that most state legislatures may eventually be forced into passing some sort of “zero tolerance” or enhanced “drugged driving” statute… or risk the loss of precious highway dollars. In the meantime, a “window of opportunity” may exist for those arrested in Florida on allegations of driving under the influence of prescription or illegal drugs to raise a defense in court that the current method of urine testing for these substances is inadequate and unjust.

©2020 Russo, Pelletier & Sullivan, P.A. All Rights Reserved. The hiring of a lawyer is an important decision that should not be based solely upon advertisements. Before you decide, ask us to send you free written information about our qualifications and experience. This web site provides general information only since the facts and circumstances of your case are unique. The information presented on this website is not to be interpreted as formal legal advice nor does it constitute the formation of an attorney/client relationship.
About · Contact · Sitemap
Facebook
Youtube