Does Pinellas Have a DUI Diversion Program? 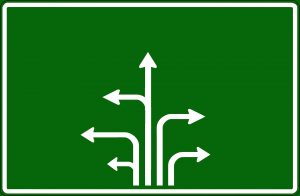 The lawyers in our office are often asked by clients “Am I eligible to participate in a diversion program for my DUI?” In the alternative, they may ask, “Can I apply to participate in the Pinellas County PTI Program for my DUI?” These are reasonable questions to ask an attorney, since many people facing a criminal charge can often take advantage of a post arrest diversion program designed to give offenders a way to avoid a conviction.

What is a Diversion Program?

In general, a diversion program is a contractual written agreement between the Defendant, his or her attorney, and the prosecutor. Once drafted, it is thereafter approved by the judge. The Defendant agrees to perform certain tasks while the court proceedings are “stayed,” “continued,” or “put on hold.” In exchange, the State Attorney agrees to provide some form of relief to the accused. In most diversion programs, the Defendant will receive a dismissal of the charges that he was facing. In other programs, the Defendant can avoid a formal conviction by receiving a “Withholding of Adjudication.”

What Types of Diversion Programs are Offered in Pinellas County?

There are many different programs that are offered in the Pinellas County court system in which a Defendant can avoid a conviction for a criminal offense:

Why are DUI Charges Treated More Harshly than Other Offenses in Pinellas County?

As you have no doubt concluded, Pinellas county DUI charges are ineligible to be resolved in any Pinellas diversion program or special courtroom division. Your participation in programs designed to avoid conviction would be permitted for serious offenses such as Felony Battery, Possession of Heroin, Grand Theft or even Aggravated Assault, yet not DUI. This prohibitive policy seems all the more unreasonable in DUI cases since most do not involve an accident or injury.

No Florida statute prohibits the Pinellas State Attorney’s Office from permitting an individual charged with a DUI Offense from participating in a diversion program. In fact, there are other Florida counties that do permit DUI Diversion. (For example, Orange County, Osceola County and Palm Beach County.) See: Washington Post Article: Tiger Woods to Enter DUI Diversion Program

In most criminal cases, the prosecutor must prove that the Defendant willfully and intentionally committed the offense. This is referred in the law as a “specific intent” crime. As you can see from above, there are many crimes that are “specific intent” offenses for which the defendant is eligible to participate in a diversionary program, even though the accused “specifically intended” to commit a criminal act.

However, our legal system considers a DUI charge a “general intent” offense. What this means is that the State does not have to establish that the defendant intended to commit a DUI. After all, who would wake up in the morning and think to themselves “Today I am going to consume an excessive amount of alcohol and then violate the law by operating my vehicle while impaired.”

There are some DUI offenses that involve a fact pattern in which the defendant intended to not drive while impaired, but was nevertheless still arrested and charged with a DUI offense. For example, imagine an individual who walks out of a bar and quickly realizes that he is too impaired to operate his vehicle. As a result, he decides to “sleep it off” in the car rather than jeopardizing his safety and others on the road. You know how the story ends from here: a police officer finds him, wakes him up, and ultimately arrests him for DUI because he was legally “in actual physical control” of his vehicle.

Despite the lack of criminal intent on the part of an individual charged with DUI in Pinellas County, our local State Attorney has taken the posture that drinking and driving is so potentially dangerous, it should be exempt from diversionary programs and special courtroom divisions. Even our local Sheriff has carved out DUI as inexcusable conduct for a law enforcement officer. See: Get a DUI & Get Fired: The Pinellas Sheriff’s Flawed Zero Tolerance Policy.

As a result of a long standing policy in Pinellas county, the “diversionary” option is out and you must take a serious “defensive” strategy. In this regard, it is imperative that you retain experienced and aggressive DUI defense counsel to investigate every nuance in your case. A good DUI defense team is your best chance for achieving the best possible outcome.

What Should You Do if you Have Been Charged with a DUI in Pinellas County?

If you have been charged with a DUI in St. Petersburg, Clearwater, or the surrounding areas, we cannot emphasize enough the importance of immediately scheduling a free consultation at our office to discuss the unique facts and circumstances of your case. Unfortunately, many people incorrectly believe that they can show up at the court date, without an attorney, and plead their case to the judge in the hope of securing a reduction in the charge. You should know that the judge does not have the authority to reduce your charge.

During your initial consultation with an attorney at Russo Pelletier & Sullivan, we will discuss the facts of your case, your personal background, and your most important objectives. We will form a preliminary opinion as to whether any legal issues exist in your case. Likewise, we will develop a strategy designed to best defend your case and offer guidance as to how we can protect your privilege to drive. In addition, you will have the benefit of watching two videos from our proprietary DUI Education Series. Many past clients have felt that watching these educational films was a tremendous benefit in both easing their nerves about their recent arrest and preparing them for what to expect going forward.

Why Choose Us to Help?

The attorneys are Russo Pelletier & Sullivan are former Florida State Prosecutors who learned their opponents’ tactics from the inside. Our attorneys exclusively practice DUI and Criminal Defense law in Pinellas County. Our lawyers have obtained certification in field sobriety testing, breath testing, and routinely attend continuing education seminars conducted nationwide.

If you have been charged with a DUI in Pinellas County, don’t wait. Call us today to schedule a free consultation (727) 578-0303